I’m digging the new pricing! I have been directing friends to it!

What caused the shift from $99 for everything down to $29? Did you guys A/B test this?

yeah it has become legendary now. They have removed the campfire links I think. Even on the dashboard I dont see the link.

The new price point is definitely a test, but not an A/B test. We’re just trying it out and seeing how it goes.

They have removed the campfire links I think. Even on the dashboard I dont see the link.

Yep, we’ve decided to stop doing the office hours, since they were never very popular.

@benorenstein I am on “Prime Basic” yearly plan, does the new plan allow me to access Video tutorials? Currently, I can’t.

I guess I was lucky to land on it at the right time! I don’t think I would’ve signed up if the price was any higher than $29 for professional package, since that’s approximately what I’ve paid for similar services in the past.

I’ve been a bit busy at work and was considering canceling before renewal, the new pricing makes it worth keeping even if I can’t spend as much time as I’d like on Upcase at the moment.

I signed up when I saw the new pricing and I am really liking the content. I don’t think I would ever have considered it for $99. Hope you keep it that way!

@benorenstein I am on “Prime Basic” yearly plan, does the new plan allow me to access Video tutorials? Currently, I can’t.

@benorenstein would you mind checking out my subscription as well? Seems I’m also locked to previous pricing policy and can’t access videos

@benorenstein at 29/month I had access to some of the screencasts those this new pricing model means that I will have access to the workshop also? If that so I’m on that plan and can’t

If you’re on an old plan that is not a yearly plan, you can visit https://thoughtbot.com/upcase/subscription/edit, select the $29/month plan, and you should be all set.

We’re excited to announce that we are fully moving to the new $29/month price.

We are committed to this new pricing strategy, and therefore we’re moving all existing customers at the $99 or $49/month levels to the $29/month plan, effective immediately. If you are a current Upcase member, you will receive all the features today, and your next regularly scheduled bill will be for $29.

You can read the full announcement on our blog: 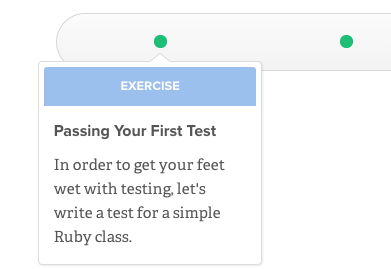 Over the last several months, we’ve been working to make Upcase even more affordable. We’re happy to announce our new pricing at just $29 per month.

Thank you all for subscribing and sticking with us. We are committed to making Upcase even better, and we very much appreciate you being a member!

This is really great! I work Managing a restaurant in the Bay Area and was unable to afford Upcase before this price change. Really stoked to learn using Upcase!

pretty great!! more excite for me!