What to test in Rails in controller/view/request/feature tests respectively? A best practice?

So I just started learning testing this week, when I scaffold something, Rails generates a lot of things in /spec folder. Some of them are clear, while the other remains gray to me even after Googling for two days. To name my confusions:

Dying to clear my head out now, really appreciate your options!

I’d highly recommend to look through the following. If you’re new to testing, i’d suggest to start with rails defaults: minitest and fixtures 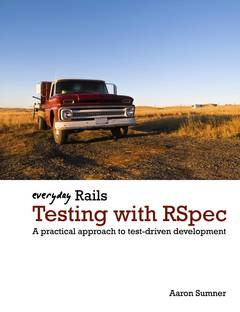 Real-world advice for adding reliable tests to your Rails apps with RSpec, complete with expanded, exclusive content and a full sample application. Updates for 2017 now available—RSpec 3.6, Rails 5.1, and more! Learn to test with confidence!

How We Test Rails Applications

We use RSpec feature and specs heavily, controller and view specs more judiciously, FactoryGirl for test data, JavaScript integration specs with Poltergeist or Capybara Webkit, like test doubles and test spies but not test mocks, and we stub external...

Using Rails built-in tools like Minitest and fixtures greatly simplifies your Rails testing stack. Here are a few reasons it's working for me.

MiniTest: Refactoring Test Unit and RSpec back to version 0.0.1 by Jared Ning https://youtu.be/IHB__duBuT0

When do you drop down a layer in TDD? Testing

These are all great resources. If I had to do it over and I was just getting into testing, the books I would read in this order are:

@ZombieHarvester @Jared_Smith @treble37 : thank you all for these great resources, I’ll definitely look into them.