It seems that before you start writing libraries or ‘bothering’ experienced devs with new programmer attempts to improve their project, you should have some experience working on projects yourself…

So I was thinking, what if Learn came up with an application that multiple Learn subscribers could build together and see what its like to work on a team on an actual web application. Going through the proper git workflow, peer code review, etc.

In contemplating looking for a full time rails dev job, the thing that makes me feel most unprepared is that even though I’ve done all sort of workshops, etc on my own… I’ve not worked as part of a team on a product…

I’ve developed a few small apps that I have in production, but they’ve all been solo projects and I always wonder if I could be doing something better.

I completely agree with you and have been tossing a very similar idea. If this doesn’t happen directly through Learn, I’m sure we could gather several people and do this on the side.

I’m definitly all in for this idea

Cool. I’d definitely be in with whatever we can get going and would be happy to try to organize whatever I can.

But preferably the process would directed by someone who does have the experience of working on a team? Anyone?

Cool idea @crispincornett. I’d love to contribute on a project with you all if possible. But as you said it would be best finding someone to lead/direct the team who has some experience.

If nothing else maybe some of us can get together for pair programming on eachother’s personal projects.

I’d like the opportunity to do that. I’m very new to learning computer programming and would like the chance to do a “real life team project” kind of thing. I was on a 100% remote team for the Rails Girls Summer of Code, but since that was the first time Rails Girls organizers set that up, there were a lot of difficulties for most of the women participating because most of us had NO prior computer background or computer education at all outside of a Rails Girls install-fest workshop.

Most of the projects we had to choose from were way too hard for for the majority of the women participants because the code base was massive and most of us had little to no computer experience other than a Rails Girls workshop which involves an install-fest and throwing together a small demo app without writing much code at all (i.e. relying on scaffolding). So going from that to jumping into the deep end of the pool was more than just a tad overwhelming. But I did get to learn some stuff.

That was the only team experience I had. My teammate lived in another country (the UK) and our coach lives three states away from me in the US. Thanks to having the Thoughtbot workshops here, I have come a long way since then, and am now able to write a simple app on my own and also understand other people’s code (for the most part) because guys like Matt Mongeau (aka “Goose”) and Josh Clayton and Ben Orenstein are brilliant at teaching real life practical coding stuff.

But I am NOT yet very good at refactoring and get stuck a lot when it comes to that part so. I think pairing and helping each other out with each others’ projects would be cool to do through pairing. Just need to have a teammate or teammates that can be patient with me as someone who was totally computer illiterate prior to the Rails Girls Summer of Code and who is still struggling trying to learn a TON of stuff. But other than that, I am more than willing to pair up. Have Madeye, will pair

Someone has to be to the project leader then. By the way what happened to that remote pairing thing started by @benorenstein ?

Is there a particular project that has even been decided upon?

I had a personal project http://idlecampus.com. I was using my own application for sending push notifications to iOS and Android devices. Then I created my own gem to have something where others could join in. You can see there are only 28 commits but I think the gem is quite useful. 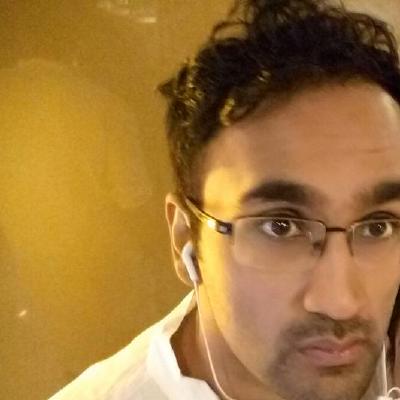 If you want you or anyone can join.

I also plan to have another gem called xmppify that enables mobile chatting for Android and iOS.

As far as a project goes, I’ve been trying to think of a good place to start… Suggestions definitely would be welcome.

I feel like it should be something that Rails lends itself to (e.g. probably not real time apps).

Also, I think the existing Rails tutorial/workshop ecosystem has enough Twitter clone and blog examples, so preferably not something so well trod.

Here are a few ideas:

Or maybe mash 'em all together. A project management app that incorporates a code refactoring forum in which the developer indicates the music they were listening to as they developed… because I’m pretty sure there is a direct correlation between what kind of music you listen to and how good of a developer you are.

Here’s an interesting idea: I have a true crime info clearinghouse type of app in mind as an idea I did not yet get to start. I thought it would be cool because it would need a feature that allows users to upload and/or link to files (like academic papers, crime reports, etc.). This is something that would involve having to create a db and implement joins.

I never got to try my hand at using the form_for capabilities for users to be able to upload tab delimited files (in JSON, CVS, PDF, etc.) to be parsed and then allow a user to select what info they want to be displayed that can also be printed either as a PDF for attaching in an email or printing directly from the browser. Could we include a feature like that in whatever project we end up deciding on?

I’m pretty sure there is a direct correlation between what kind of music you listen to and how good of a developer you are.

My musical tastes range from classical to classic rock hits from the 70’s, 80’s and 90s, and from to jazz to rhythm and blues (Ella Fitzgerald), to big band (Glenn Miller, etc.). When I’m developing, I sometimes like to listen to movie clips, too. Last night while fighting with trying to get a db mess sorted (still didn’t get that fixed), I was listening to a couple of movie clips with unforgettable lines/scenes.

I will be in Washington, DC from tomorrow until Feb 2 for a week of Ruby on Rails events, including a hackathon.

@Jacqueline, cool… see if you can find a team leader.